Blue Canvas allows you to create "stories" or Deployment Requests (DRs) which are units of change in your Salesforce org. These stories often correspond to units of work, whether they are tickets in JIRA or another ticketing system.

Often you want to deploy multiple features from one sandbox upstream while ignoring others. Bulk Deployments allow you to select an entire DR or story and deploy all of the associated changes in that story in a single push.

To deploy stories you must have previous DRs created. These DRs will all be pointed to the same target environment - usually a staging, integration or UAT environment. You can learn more about creating DRs here.

When creating DRs, Blue Canvas allows you to tag them so that you can easily filter for them later. 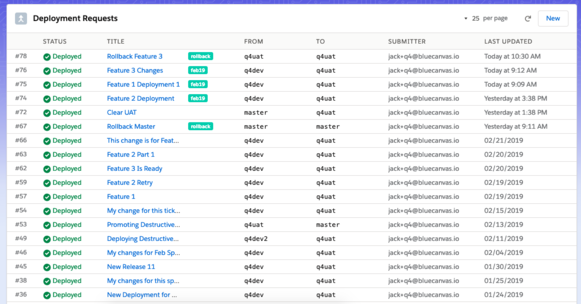 Creating a Release starts just like creating a standard DR with the source as the org you've been using to integrate your DRs into.

Title, describe and tag your Release. Instead of selecting individual components from the Git diff, select Show Deployments just above the file search bar.

This will generate a list of deployable stories or features based on your past DRs. 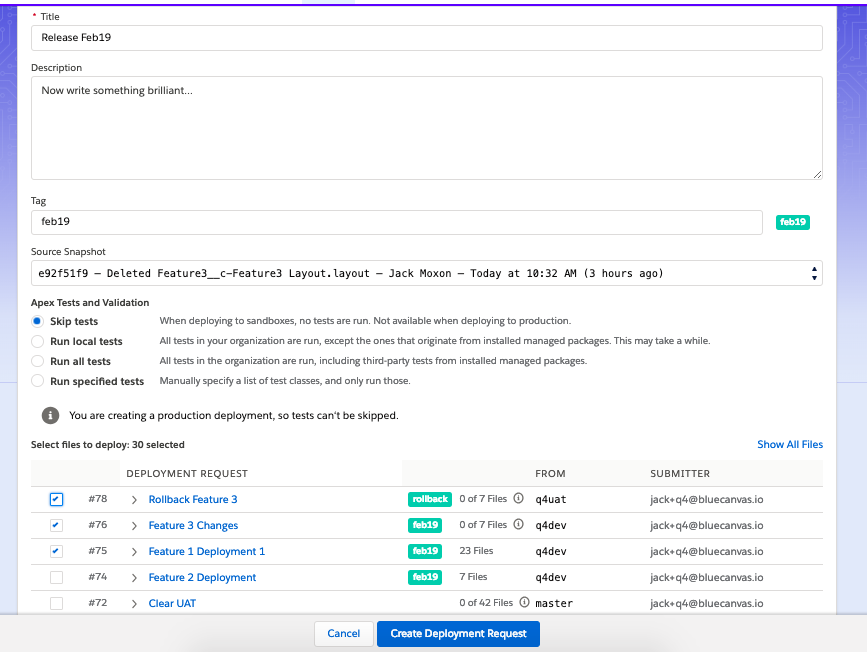 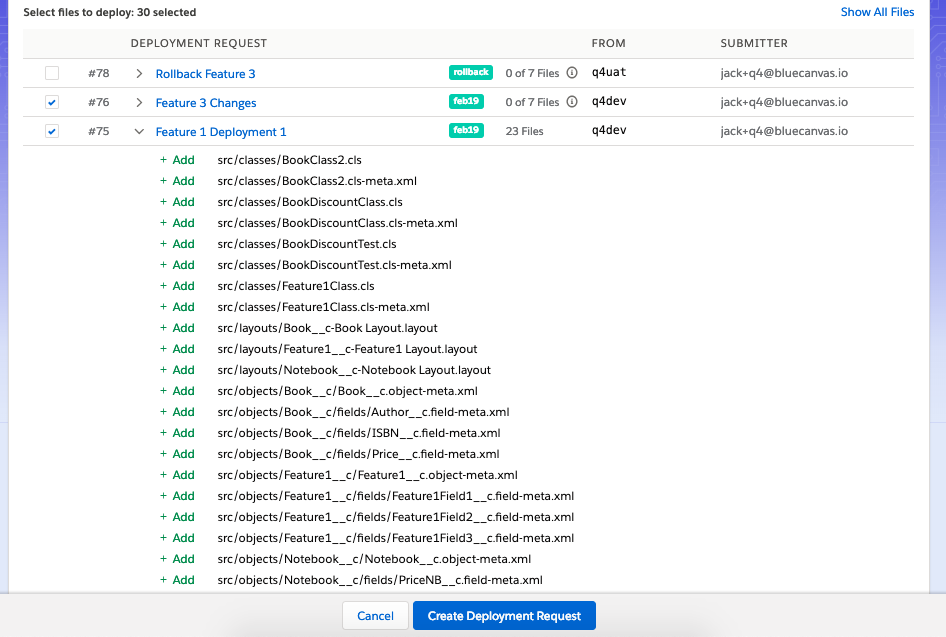 You can click on any of the DRs to examine their contents. By selecting the checkbox next to each DR you are essentially cloning that DR into the release.

You can select multiple DRs to include in the release.

You may notice that when you select a DR or story for a Release, some of the components show as greyed out. This is because though those files were included in the DR you are cloning from, those particular components are already deployed and equal on the new target org. We show them as greyed out so that you can see the record of the DR but they will not be included in the Release because they have already been accounted for.

Once you've selected your DRs click Create Deployment Request to have it start validation. From here on out, the Bulk Deployment will behave just like a normal DR. You can quick deploy the Release as soon as the code and configuration changes are validated.